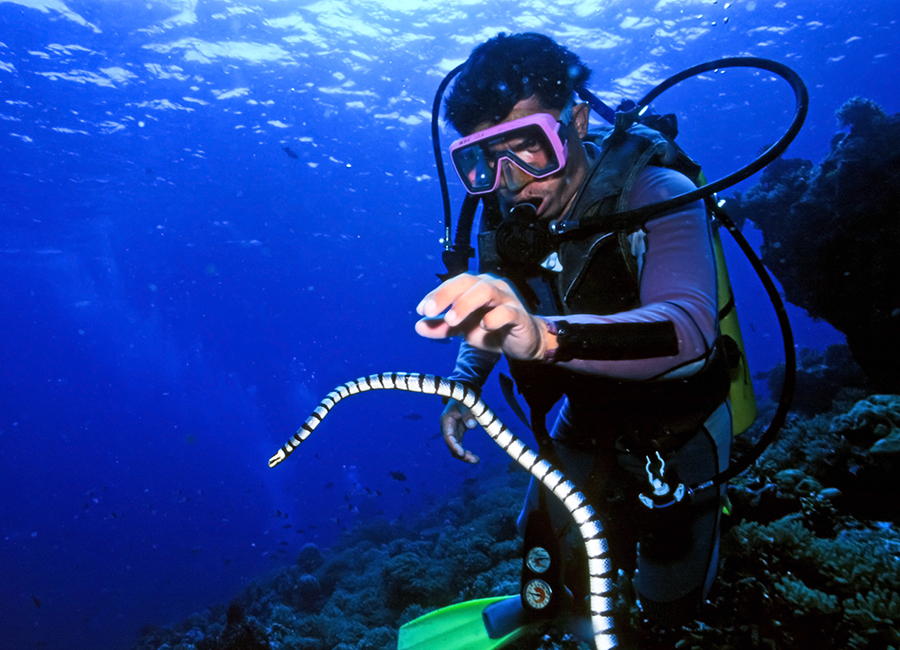 The longest sea transit from Manado Dive Centers is to the island of Montehage, the largest island in Bunakan National Park. In spite of its size there are only two diving areas normally visited. Both are located along the west face of the island, one near the north end and the other near the south end. 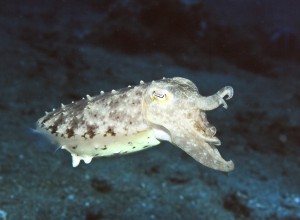 The northern area is called Barakuda named after the large schools of barracuda consistently found hanging just outside the outer edge of the reef. Large hammerhead sharks, tunas, manta rays, and other pelagic fish are also commonly seen because of the nutrient-rich current that up-wells along the drop off here. The usual dive plan starts you in deeper water drifting off the ledges along the reef where you can get up close and personal with these large critters. Then, when you’ve used about two thirds of your tank, it’s time to move up onto the top of the reef and finish flying along with the current in shallow water. This area is inhabited with schools of smaller reef fish, eels, rocks covered with coral fans and the occasional cuttlefish you’ll see hanging in the shallows there. 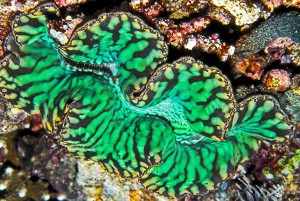 The southern most diving area of the island is called Bango Point. This is a very pretty dive featuring a variety of fish, giant clams in differing sizes, lots of sea fans, and an interesting population of crinoids. I actually prefer this dive because the current is mild and the animals seem to be fairly tame and easy to approach. That’s because this area is much less frequented by divers than the more popular sites around Bunakan. 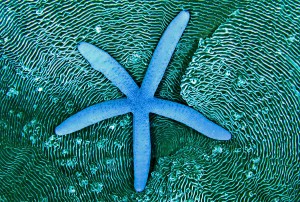 You can use your two tanks here and transit home, or backtrack to Siladen, one of the smallest of the islands in the park. This puts you half way home, and the guides like to park and go ashore for lunch in the small village here. The single recommended dive site is along the west wall of the reef starting outside of the village. If the current is running north you’ll drift along a wall dense with fans, crinoids, and schools of smaller fish. If the current is running to the south you’ll fly over shallower areas with some unique structure featuring lots of different eels, a wide variety of shrimp hiding in rock crevasses, a sea snake or two, and a smattering of all the other usual suspects.

Although not as popular as Bunakan, these two islands offer something different to see. If you’re there for several days, like I was, it’s a great break in the routine. Still, no matter where you go, it comes down to another day diving in an underwater paradise.

Otto Gasser grew up mostly in southern California and obtained his Doctorate In Educational Psychology from the University of California at Los Angeles (UCLA). He was hired as a professor to teach in the Department of Kinesiology and Health Sciences at California State Polytechnic University, Pomona, California, where he initiated a multilevel Scuba training curriculum on campus. Dr. Gasser spent 37 years at Cal Poly before recently retiring. During that time, he certified over 2,000 students in Scuba. He served as the University’s Diving Safety Officer and represented the campus on the California State College and Universities Diving Safety Committee. Off campus, Dr. Gasser spent ten years on the Board of Directors for the Los Angeles County Underwater Instructors Association, three of them as President. Over the years, he has volunteered time on a number of county Scuba training programs and has authored several articles about diver training. Otto is now an active recreational diver. In addition to the California coast, his more frequently visited dive locations include Hawaii’s Big Island, Indonesia, and the Caribbean islands.
View all posts by Otto →
This entry was posted in Indonesia and tagged Bunakan, Indonesia, scuba diving, Sulawesi. Bookmark the permalink.