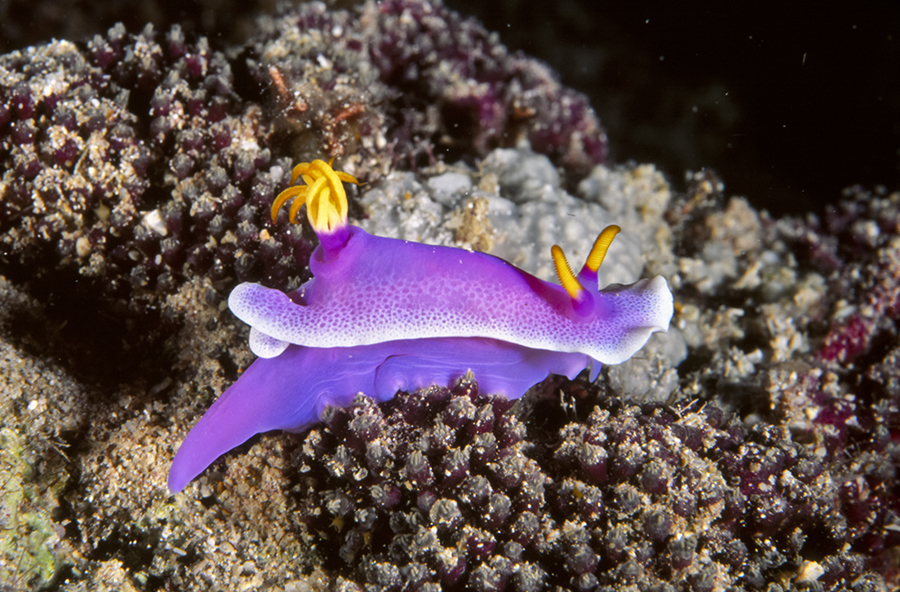 So far we’ve discussed the five main islands in the Bunakan Marine Park but there’s also lots of good diving in adjacent areas along the shore of Sulawesi just north of Manado Bay. These sights aren’t as spectacular as the drifts along the islands in the park, but they do have some unique and different animals. If you’ve already spent a lot of time at the islands they can give you a chance to see something different. Here are three of my favorites.

There’s an offshore shipwreck that’s popular with dive operators and it’s one of my favorite places to find and photograph exotic fish. The wreck sits on the edge of a drop off in 90 feet of water and it’s deteriorating but still intact. There are lots of schooling fish that are tame and used to divers so they make for good photo ops. The standard dive plan has you spending half your tank on the wreck then transiting into the inshore shallows where there are scattered rocks and coral outcroppings with colonies of anemones, lots of nudibranchs, and other interesting specimens inhabiting the rock-sand environment. Diving around this area allows you discover things that you might not see on the coral ledges of Bunakan.

The dive directly off the north point of the island just before you transit across the channel to Bunakan is also a fish lover’s paradise. I’ve seen a number of cuttlefish and squid here, a wide variety of eels and nudibranchs, lots of lion fish and some other different members of the scorpion fish family. I’ve seen a number of ornate sea horses here, too. If you elect to drift this shoreline the current can be intense, so be prepared for a wild ride.

There are several rocky outcroppings in shallow water outside the Manado City breakwater that have some different things for you to see. There are usually lots of squid laying their eggs everywhere, some really ugly scorpion fish to avoid, some different species of eels, and a lot of varieties of shrimp that like the tiny rock islands that are spread out in the sand. The visibility in the shallows here isn’t like it is at the islands, but it’s doable.

I’ve always liked diving out of the Manado area, and especially loved drifting the spectacular drop offs at Bunakan, Manado Tua, Saladin, and Montehage. First timers can’t miss enjoying the spectacular scenery and the great diving at these sites. The alternatives I’ve offered in this blog aren’t meant to compete with diving in the marine sanctuary, only to compliment it.

This is the final blog featuring my past dives out of Manado, and the final opportunity for me to show off some of my pictures. The nudibranchs in this area are just spectacular, so I’ve elected to make them the stars of this show. Here’s an array of these colorful critters for you to enjoy.  Click on an image to enlarge it. 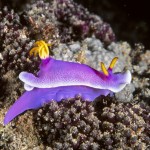 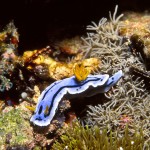 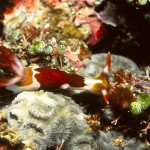 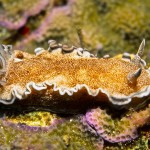 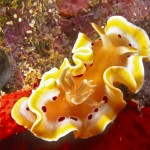 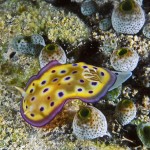 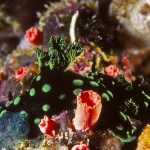 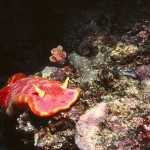 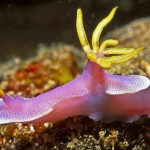 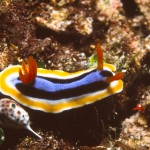 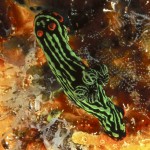 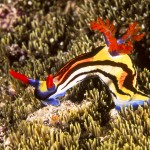 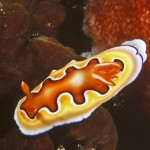 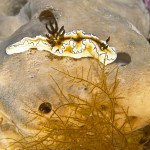 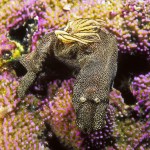 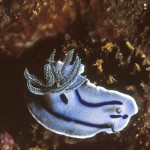 Otto Gasser grew up mostly in southern California and obtained his Doctorate In Educational Psychology from the University of California at Los Angeles (UCLA). He was hired as a professor to teach in the Department of Kinesiology and Health Sciences at California State Polytechnic University, Pomona, California, where he initiated a multilevel Scuba training curriculum on campus. Dr. Gasser spent 37 years at Cal Poly before recently retiring. During that time, he certified over 2,000 students in Scuba. He served as the University’s Diving Safety Officer and represented the campus on the California State College and Universities Diving Safety Committee. Off campus, Dr. Gasser spent ten years on the Board of Directors for the Los Angeles County Underwater Instructors Association, three of them as President. Over the years, he has volunteered time on a number of county Scuba training programs and has authored several articles about diver training. Otto is now an active recreational diver. In addition to the California coast, his more frequently visited dive locations include Hawaii’s Big Island, Indonesia, and the Caribbean islands.
View all posts by Otto →
This entry was posted in Indonesia and tagged Bunakan, Indonesia, Nudibranchs, scuba diving, Sulawesi. Bookmark the permalink.