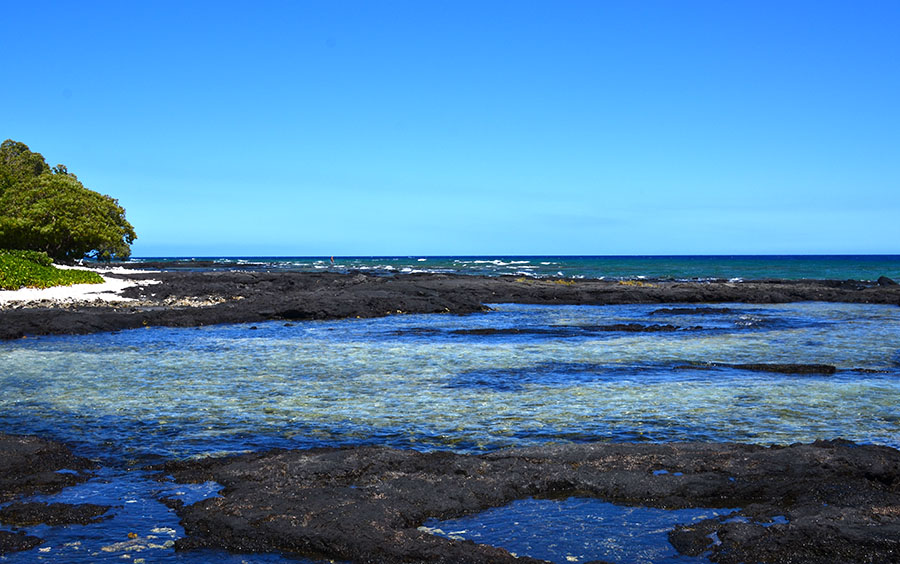 Whenever we go to the Hawaiian Islands we like to enjoy the tide pools along the lava-covered beaches of the shoreline. They represent a unique ecological area all by themselves, and they are certainly worth exploring. This blog is going to look at those pools along Puako Beach Road on the Big Island of Hawai’i, but things aren’t all that different on the other islands. The critters you’ll find, big and small, are fascinating but sometimes elusive. Here are a few tips that might help you make your adventures more fun. 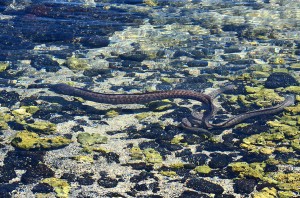 It’s amazing how many types of eels live in shallow tide pools. They like to hide by day, but they come out after dark to feed. During a medium to low tide, take a flashlight and check out that pool you were wading in during the day. I can almost guarantee that you’ll be surprised. 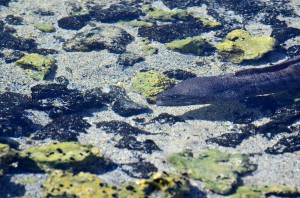 If you don’t want to wait to see the things that go bump in the night, then a little tide pool chum always stirs up some action. The fish like bread, but the eels like meat (I use raw pork). Cut the raw meat into small fingernail-sized pieces and toss a few into the deeper end of the pool. Eels have an acute sense of smell, and after your bait has been sitting for a minute or two it will usually bring something out of its daytime retreat to feed. That’s often an eel. They’re more nervous during the day though, so stand back from the edge of the pool a couple of feet and you’ll get more action.

The same strategy I’ve just outlined works for shrimp and crabs too. There are a wide variety of these living almost exclusively in tide pools. They’ll go for your chum, too. At night they scurry around at the edge of the water foraging for food, and that’s the best time to see them. Still, during the day they’ll be happy to put on a show for food. You have to be a little sneaky though so you won’t scare them away. Smaller shrimp aren’t as skitterish, and can be found along the edge of the water almost anywhere. Pam likes to take a chair and put it in the sand bottom of an inshore lava pool and read. Tiny ghost shrimp often join her nibbling at the skin around her toes. Truly, tide pools have something for every‘body’. 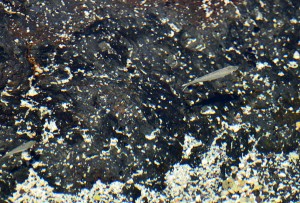 You’ll find that these pools are a nursery for many small reef fish living and feeding on algae along the bottom. Most of these go after bread, but the larger ones prefer meat cut and diced into very small chunks. Or you can just stand there keeping very still and watch them — their antics can be fascinating. Take your fish book with you and see how many species you can identify.

Along Puako Road the big attraction is always the turtles. They come into tide pools to feed mainly on the algae that grow rapidly in shallow sunlit areas. You can see their round bodies moving underwater and watch when they pop their heads up for a breath of air. During low tide they often haul out on the lava to take in the heat of the sun. With a good long-range lens you 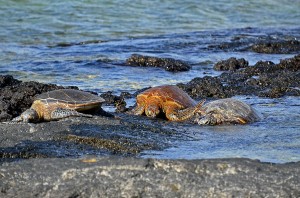 can take fascinating pictures of them hanging out together. On our last trip we were surprised when a rust-colored ‘green’ turtle showed up. He must have thought I was another of his buddies and he wanted to hang with me for a while.

The thing about tide pools is that you never know what you’re going to find in the next pool. It’s a great way to spend part of your day, or evening. We love this activity, and we hope you will, too.

Otto Gasser grew up mostly in southern California and obtained his Doctorate In Educational Psychology from the University of California at Los Angeles (UCLA). He was hired as a professor to teach in the Department of Kinesiology and Health Sciences at California State Polytechnic University, Pomona, California, where he initiated a multilevel Scuba training curriculum on campus. Dr. Gasser spent 37 years at Cal Poly before recently retiring. During that time, he certified over 2,000 students in Scuba. He served as the University’s Diving Safety Officer and represented the campus on the California State College and Universities Diving Safety Committee. Off campus, Dr. Gasser spent ten years on the Board of Directors for the Los Angeles County Underwater Instructors Association, three of them as President. Over the years, he has volunteered time on a number of county Scuba training programs and has authored several articles about diver training. Otto is now an active recreational diver. In addition to the California coast, his more frequently visited dive locations include Hawaii’s Big Island, Indonesia, and the Caribbean islands.
View all posts by Otto →
This entry was posted in Big Island Hawaii, Hawaii and tagged eels, Hawaii, tide pools, turtles. Bookmark the permalink.