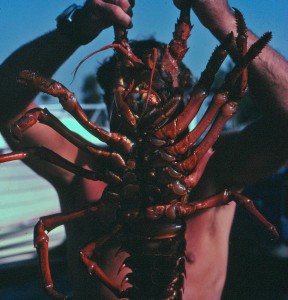 A small circular rock pile covered with thick gorgonian growth, Rowland’s is sitting in 38 feet of water and shows a rise of about 8 feet on your fathometer at the high point.  Just outside the north end of the Santa Monica breakwater, this spot is excellent for bass and very good for lobsters.  Not many people know of this rock pile even today, and fewer knew it existed when I was diving on it 30 years ago.  It too was named for the sport fishing skipper who rediscovered it.  One thing you need to watch out for when you dive here is boat traffic.  Sailboats exiting Marina Del Rey Harbor and tacking north tend to first visit the sea lions on the Santa Monica bell buoy and then continue north to pass very close to this spot.  One year it got so bad we bought a water balloon launching slingshot so we could send a balloon warning into their sails when they got too close.  Even though we’d point to our diver’s down flag, it still pissed a few of the wind sailors off, and after a couple of near altercations, we finally quit launching balloons. We decided to anchor on the edge of the pile instead, and descend and ascend using the anchor line to avoid getting run over.  I doubt that things have changed much, so I recommend this strategy. 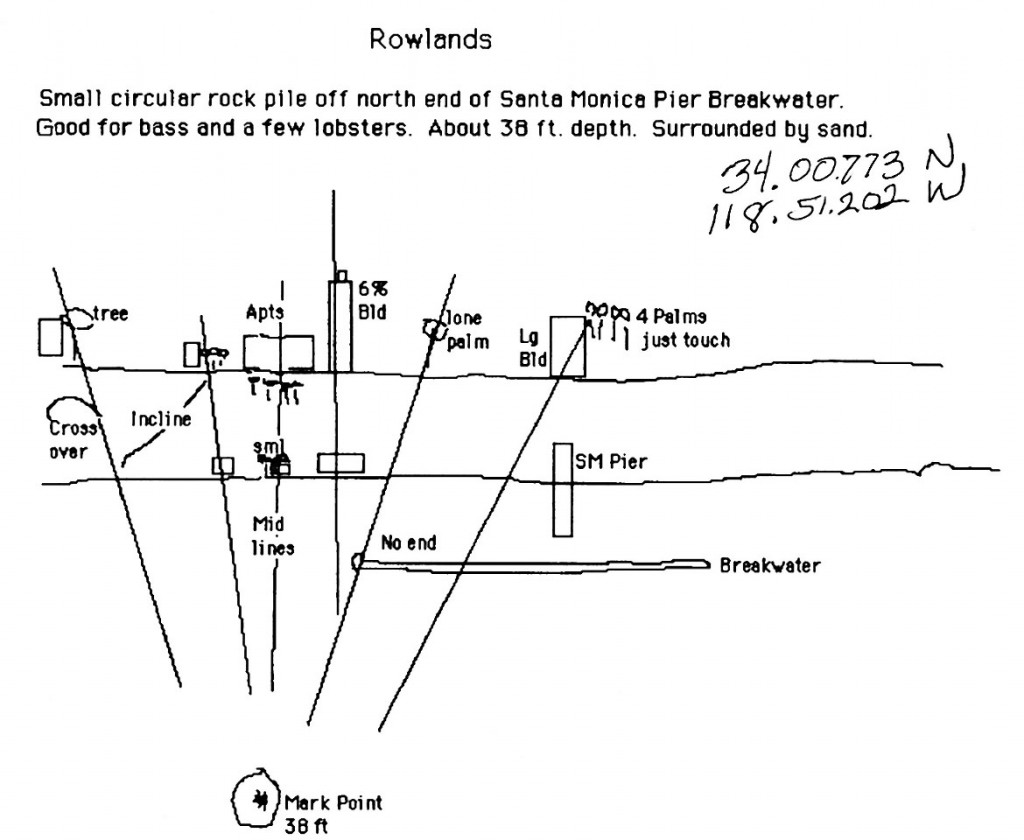 Otto Gasser grew up mostly in southern California and obtained his Doctorate In Educational Psychology from the University of California at Los Angeles (UCLA). He was hired as a professor to teach in the Department of Kinesiology and Health Sciences at California State Polytechnic University, Pomona, California, where he initiated a multilevel Scuba training curriculum on campus. Dr. Gasser spent 37 years at Cal Poly before recently retiring. During that time, he certified over 2,000 students in Scuba. He served as the University’s Diving Safety Officer and represented the campus on the California State College and Universities Diving Safety Committee. Off campus, Dr. Gasser spent ten years on the Board of Directors for the Los Angeles County Underwater Instructors Association, three of them as President. Over the years, he has volunteered time on a number of county Scuba training programs and has authored several articles about diver training. Otto is now an active recreational diver. In addition to the California coast, his more frequently visited dive locations include Hawaii’s Big Island, Indonesia, and the Caribbean islands.
View all posts by Otto →
This entry was posted in Salt Water Fishing, Santa Monica Bay Dive Spots and tagged lobster, Rowland's, santa monica bay, scuba diving, southern california diving. Bookmark the permalink.