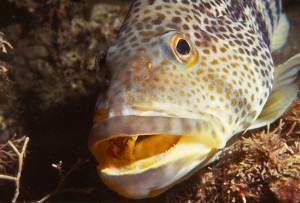 This wreck is well documented and can be Googled on the internet for more information.  At different times during its life, the Star of Scotland served many purposes.  In its later years afloat it was used as a gambling barge, and then as a fishing barge for sport fishermen.  It sank in a storm before I was in High School.  Later it was dynamited by divers who were salvaging brass, so it’s unstable and not the kind of wreck one swims inside of, even if they can even find a place to do that.  Also, fishing boats frequent this wreck so beware of loose monofilament line that can tangle in your gear.  However, in spite of these caveats, it’s a great dive for spear fishing.  Look for calico and sand bass on top, and halibut in the sand around the bottom.  Rock scallop are there to collect, and photographic subjects abound, especially if you catch good visibility.  You can find a variety of nudibranchs such as the Spanish Shawl that take on a rusty tinge of coloration because of living on metal.  It’s an interesting phenomenon, and one I used in one of my novels.

I had an adventure here once.  We anchored next to the wreck, and after diving returned to the anchor line to ascend.  Near there we found a medium sized boat anchor attached to several feet of floating nylon rope that someone had lost.  Treasure!  We started to tie that nylon rope to our own anchor line for salvage, but before we were finished my buddy signaled that he was out of air.  I still had a little left, so I signaled for him to ascend while I finished the job we’d started.  I was running out of air by the time I finished, but still had enough to ascend.  However, when I started up I found that my tank was entangled in the nylon rope, and I couldn’t dislodge it.  Not good!  Practicing ditch and recoveries in the pool paid off … I dumped the gear and made a free ascent to the surface.  I must have looked funny when I hit the surface because my buddy jumped in and towed me back to the boat.  We salvaged the gear on a later dive and I checked out okay with the MD.  Moral of the story, I was stupid.  I should have stayed with my buddy, and then we could have come back for the anchor later.  A new diver would never have done this, but sometimes experienced divers think they can get away with dumb things like this.  My advice to you, stay conservative and you’ll stay safe.

The Star is about two miles offshore, and it’s directly in front of the Santa Monica pier.  It lays almost parallel to the beach in 71 feet of water.  The high point will register a rise of 15 feet on your fathometer. 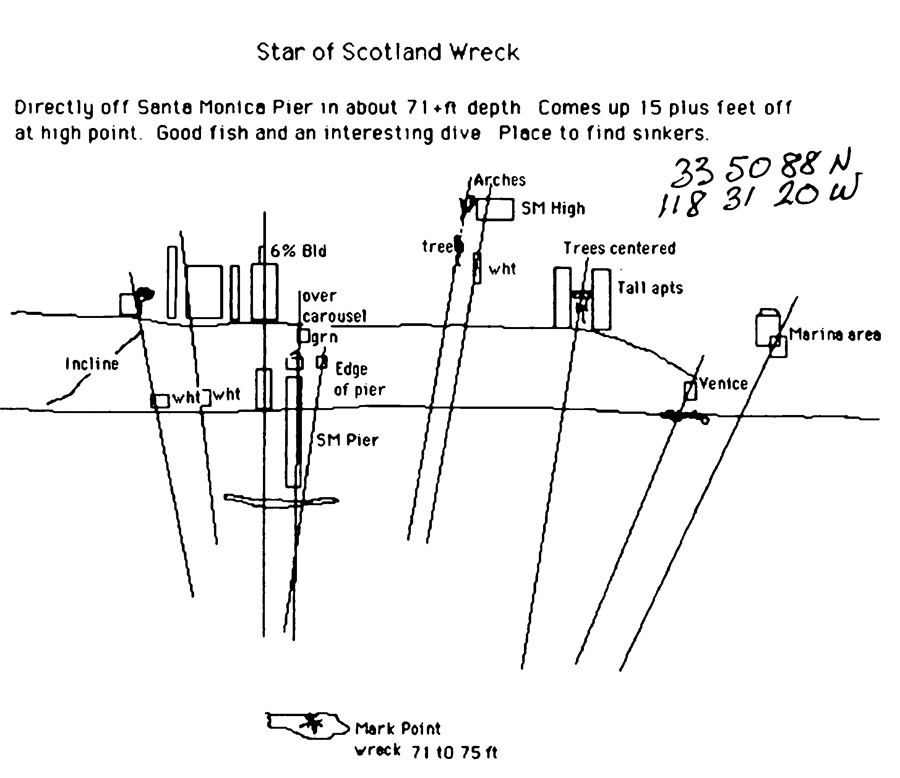 Otto Gasser grew up mostly in southern California and obtained his Doctorate In Educational Psychology from the University of California at Los Angeles (UCLA). He was hired as a professor to teach in the Department of Kinesiology and Health Sciences at California State Polytechnic University, Pomona, California, where he initiated a multilevel Scuba training curriculum on campus. Dr. Gasser spent 37 years at Cal Poly before recently retiring. During that time, he certified over 2,000 students in Scuba. He served as the University’s Diving Safety Officer and represented the campus on the California State College and Universities Diving Safety Committee. Off campus, Dr. Gasser spent ten years on the Board of Directors for the Los Angeles County Underwater Instructors Association, three of them as President. Over the years, he has volunteered time on a number of county Scuba training programs and has authored several articles about diver training. Otto is now an active recreational diver. In addition to the California coast, his more frequently visited dive locations include Hawaii’s Big Island, Indonesia, and the Caribbean islands.
View all posts by Otto →
This entry was posted in Salt Water Fishing, Santa Monica Bay Dive Spots, Wrecks and tagged halibut, santa monica bay, scallops, scuba diving, sea bass, southern california diving, wreck diving. Bookmark the permalink.