Salmon and Halibut Fishing at the Queen Charlotte Lodge aboard the MV Driftwood, 2014 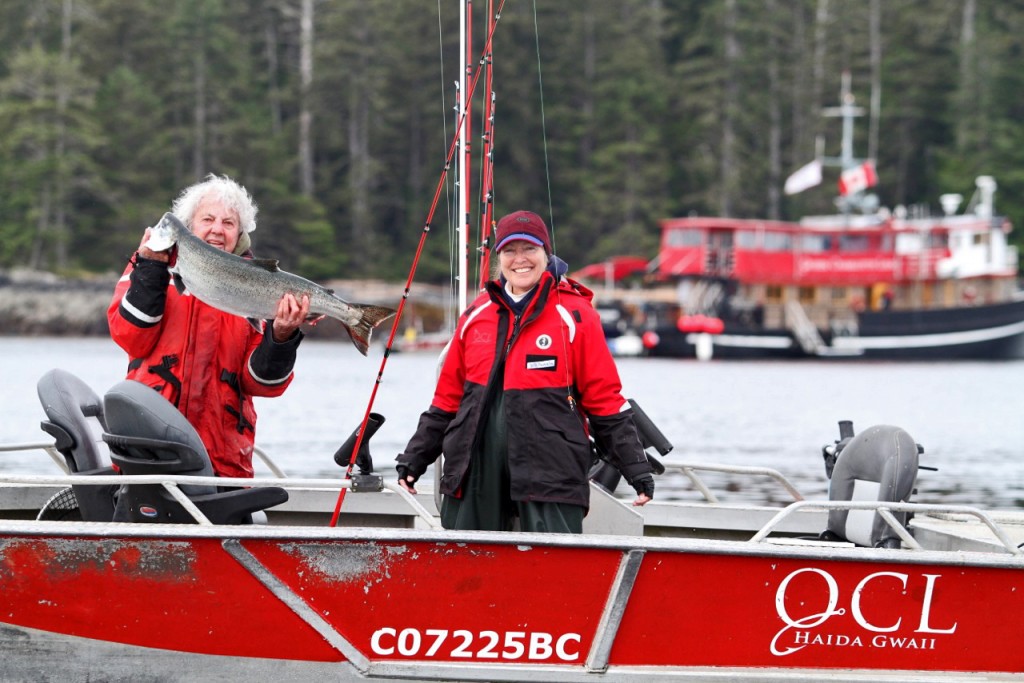 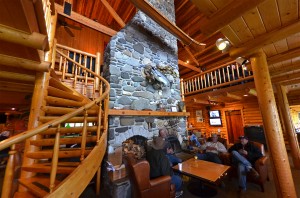 Inside the lounge at the Queen Charlotte Lodge

The Lodge itself is located inside a protected inlet and is about a half an hour’s boat ride from the fishing grounds, but they also offer the option of staying on the MV Driftwood, which anchors outside the inlet at the fishing grounds. We selected that option. 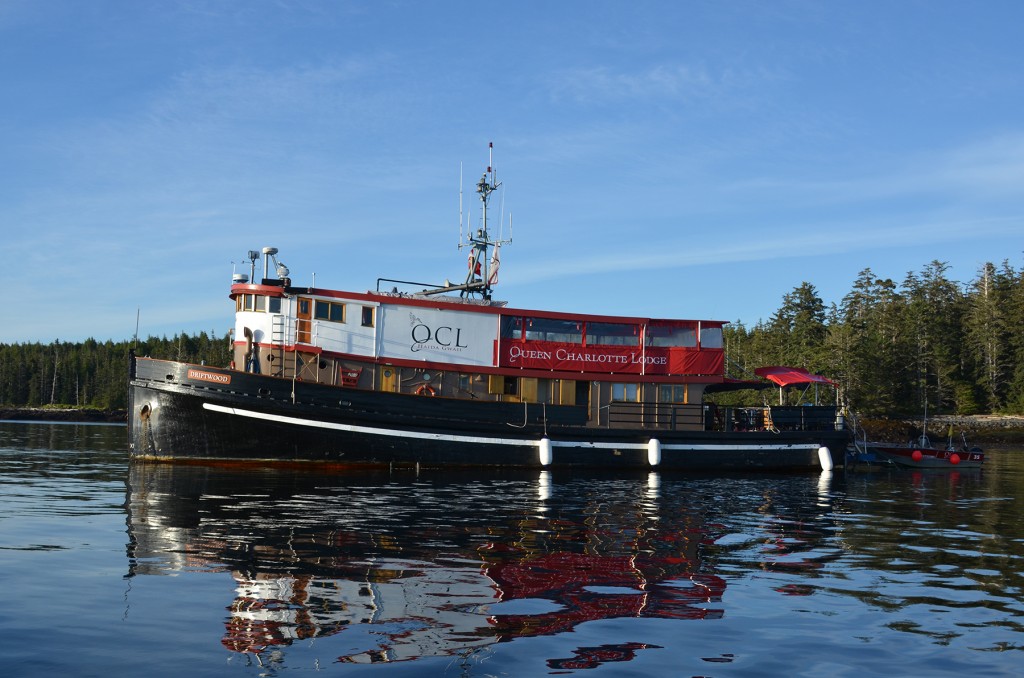 The MV Driftwood at anchor at the fishing grounds

The MV Driftwood is tugboat sized and accommodates 12 persons. Staying there allows for virtually unlimited time on the water. It’s not as fancy as the Lodge, but the meals were very good and they offered a nice bar. 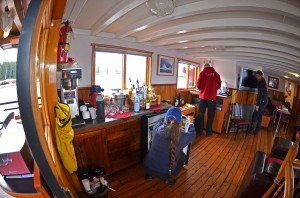 Inside the main salon on the MV Driftwood 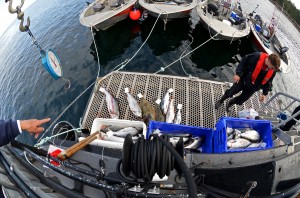 The double occupancy cabins were small but comfortable, and you and your fishing partner can fish with or without a guide on very seaworthy, center-console boats that are fully equipped with a GPS, a radio, a fish finder, two downriggers, tackle and bait. You basically have everything you need, including all-weather gear, for your time on the water.

When your day is done, the crew off loads your fish for catch care and packaging. The only thing you need to do is get out on the water and catch something, and that was no problem on this trip.

Our trip was in late June, and everyone I talked with bagged their limit of King salmon. Pam and I also limited on halibut and landed two nice Coho salmon. We were a little early in the season for the Coho though, and I understand that they’re a lot more plentiful from the middle of July on to the end of the season if that’s what you’re after. I landed our biggest King this year, and it weighed in at 33 pounds. 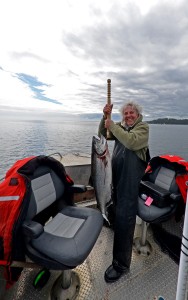 So along with the halibut, we took home plenty of fish for the freezer, more than enough to keep us, the relatives, and the neighbors happy. We opted for a special fish packaging option offered at this operation, and we were very pleased with the results. For a small extra fee the crew will package your catch in one pound bags before flash freezing. It was worth every penny to me because this year I don’t have to use a meat saw to cut fillets. Nice!

The rest of the trip wasn’t all that different than others we’ve taken. Fly to Vancouver and overnight there. We stayed at the Delta Vancouver Airport hotel and found it quite nice. Get up early in the morning and catch the hotel shuttlebus to the South Terminal then jet to Masset on the island. (By the way, you’re limited to 25 pounds of luggage each on this leg of the trip.) Catch a helicopter flight from Masset to the Lodge where you’re given a meal, a boat, and immediately sent out to sea. Reverse the order coming home with the processed fish stowed overnight in the hotel’s freezer.

There was one different bump in this schedule which I liked. You arrive at the Lodge before noon and on that first day you have three quarters of a day to fish. The bottom side is that you leave early on your last day and have no time to fish that last day. Still, with all the time on the water that shouldn’t be a problem as long as the weather cooperates, and none of us can do anything about that.

In summary, we enjoyed the hell out of this trip, it was pure fun. We especially liked the freedom of staying on the Driftwood and being anchored on the fishing grounds rather than staying at the Lodge, but then we would rather give up a few frills and have more time to fish. All of the staff were exceptionally nice, bending over backwards to make our stay pleasurable. All of the equipment was good and the fishing was great. It’s a first class operation and we’ll go back again. Maybe we’ll see you there? If you’re interested in having more information on this operation you can contact the Lodge at (800) 688-8959 or on the web at www.queencharlottelodge.com.