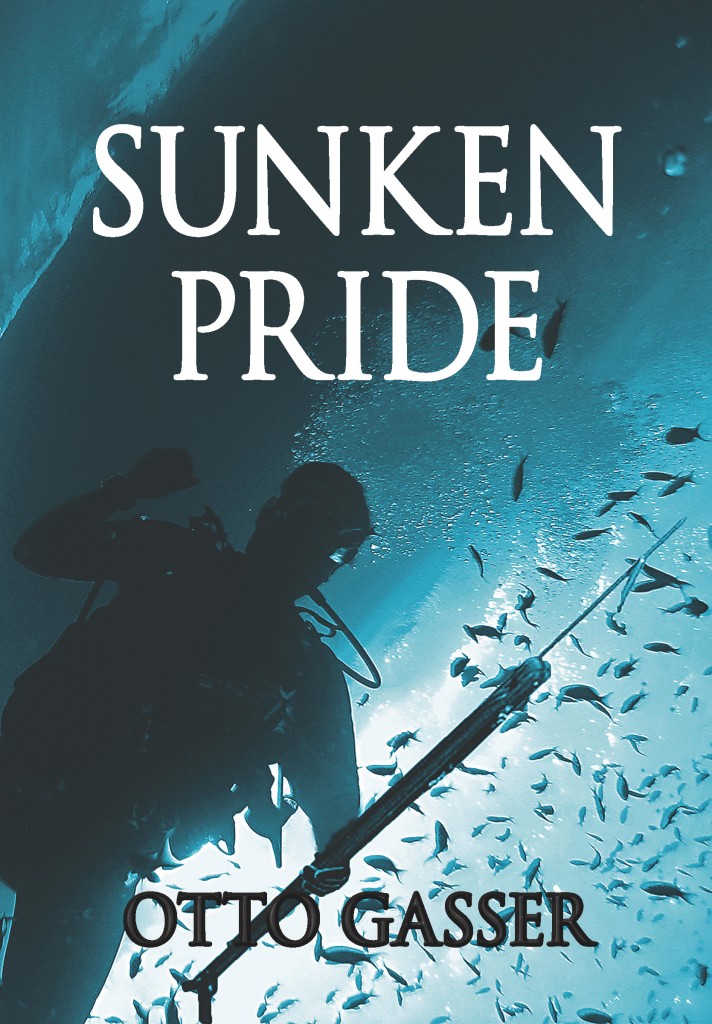 Sunken Pride, the fourth book in the Bobby Wright Scuba adventure series, is now available on my website or through Amazon.com in paperback or Kindle versions.

A black sea bass, one of California’s rarest ocean fish, is killed by two brothers who are illegally fishing in a marine preserve off Anacapa Island. They deliver the giant fish to their Dad’s local seafood restaurant where it is served up as fresh rockfish, just one of many tasty and interesting items the boys supply for the restaurant’s menu. But the poaching was observed by Shawna, the Divemaster on Bobby Wright’s boat, which was anchored nearby. Bobby and Shawna get themselves tangled up in another high-stakes Scuba adventure when they take on the wealthy restaurant owner who will stop at nothing to protect his two spoiled sons and the family’s good name.  His very scary hired gun gives him the upper hand, and as the plot draws to a close, you can’t be sure who will weather the storm.

To purchase a book in this series on this website, go to the BOOKS tab, or click here.

Otto Gasser grew up mostly in southern California and obtained his Doctorate In Educational Psychology from the University of California at Los Angeles (UCLA). He was hired as a professor to teach in the Department of Kinesiology and Health Sciences at California State Polytechnic University, Pomona, California, where he initiated a multilevel Scuba training curriculum on campus. Dr. Gasser spent 37 years at Cal Poly before recently retiring. During that time, he certified over 2,000 students in Scuba. He served as the University’s Diving Safety Officer and represented the campus on the California State College and Universities Diving Safety Committee. Off campus, Dr. Gasser spent ten years on the Board of Directors for the Los Angeles County Underwater Instructors Association, three of them as President. Over the years, he has volunteered time on a number of county Scuba training programs and has authored several articles about diver training. Otto is now an active recreational diver. In addition to the California coast, his more frequently visited dive locations include Hawaii’s Big Island, Indonesia, and the Caribbean islands.
View all posts by Otto →
This entry was posted in Books, Uncategorized. Bookmark the permalink.